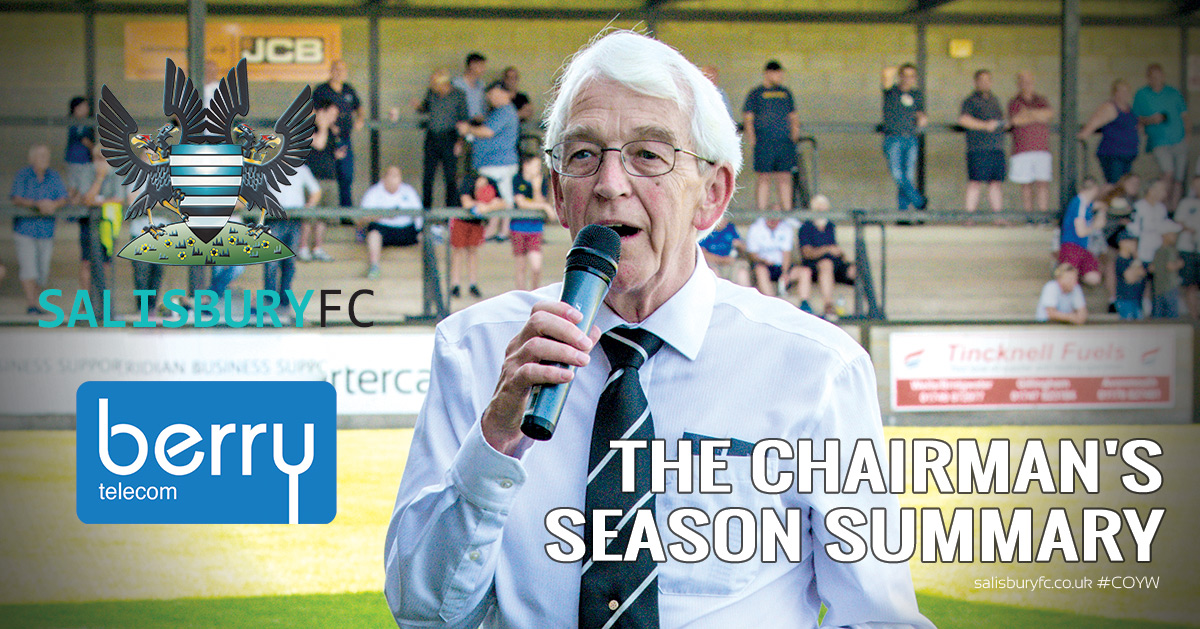 Well, now we know what I am sure we all anticipated – that the season 2019/20 has been brought to a premature close. What of course we were unsure about was whether the results and league positions would be declared null and void or whether final tables would be reconstructed on the basis of average points per game so permitting promotion and relegation. We now know the League has opted for the former approach and whilst neither would impact the Whites – we would have needed to finish off the season in a positive fashion and won through the playoffs – there are others (especially Truro and Chesham in our own league) who probably feel very frustrated by the loss of promotion they probably felt was theirs for the taking. I hate to think how I and all our supporters would have felt if we were top of the table when the plug was pulled! I suspect there could be threats of legal action in some parts of the non-league pyramid, but I hope we can put the season behind us and look forward to 20/21 even though it is still four months away.

We will probably remember the season with mixed emotions, some great performances with important victories but some poor performances in games we should have won, always overshadowed by a ridiculously long injury list which prevented Steve fielding a stable and first-choice team. Let us hope the long close season will give plenty of time for those with long term injury problems to recover for the start of the next campaign. We also, of course, were also able to give young players from football league teams the opportunity to play men’s football and I would like to mention both Tom Smith (keeper) and Tom Leak (defender) who gave their all to the club during their time with us and I am sure have great footballing careers ahead of them.

But a huge thank you is also due to our squad of players for their performances throughout the season. As with any club, not everyone plays their best week in week out but overall I think we had a great team who were proud to wear the Salisbury shirt and could so easily have finished higher up the table – though that would have been to no avail!

Next a big thank you to all our supporters who followed and cheered on the Whites both home and away. I believe your support is second to none in our league and this was not an easy season with rain, waterlogged pitches (but not at home) and an unfortunate number of Tuesday evening games. The Board is also conscious of the fact that those who purchased season tickets will not have been able to watch as many home games as they might have done and while the sale of such tickets is an important financial boost for the club before the start of the season, the club is prepared to offer a 20% discount off the price of next year’s season ticket to those who feel they lost out this year and request the special price – prices will be announced over the next few months including the special early bird offer.

Thanks also to our fantastic Supporters’ Club for all the work they do and the financial support they give. Their donations ( including a further one of £3,500 currently being arranged) is part of the lifeblood of the football club as well of course as arranging supporters’ evenings and coach trips to away games.

Finally, many thanks to all our sponsors and in particularly Berry Telecom whose ongoing support for the club is fantastic. Without you all, the club would have severe financial difficulties. Also, a huge thanks to all the volunteers without whom the club could not function, to Steve and his coaching staff for all the work they do with the players, to Charlie Searle (groundsman) and Pete Robinson who have done so much to keep the Ray Mac in good condition this season, and as we say goodbye to 19/20 let us look forward to a new season with a full squad of players and plenty of ambition in our hearts.

Keep well and hopefully clear of the coronavirus.