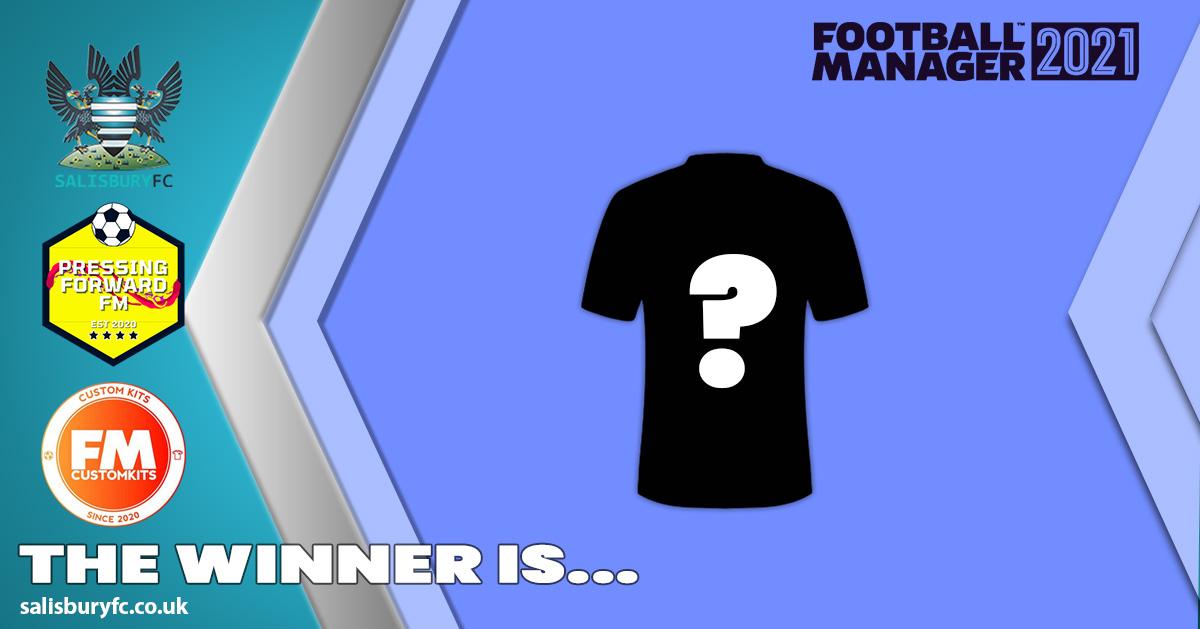 Our Virtual Gaffer and YouTube content creator, David Wressell set Salisbury FC fans a challenge to supply ideas for a digital 3rd kit to be used in his series of videos where he will take charge of The Whites in Football Manager 2021. The ideas were collated and developed into some great designs by Lorenzo of Fmcustomkits.

A final 5 were selected and a vote took place to find the final design for the game. An impressive 129 votes were cast and the kit that will appear in the Hometown Hero series on YouTube is…

…D. The orange kit with the cathedral silhouette. Thanks for all of your input and taking the time to vote. The series is due to start very soon. It will be either later this week or the start of next. Without any REAL league football at the moment, let’s get behind the virtual team. If you can subscribe to David’s channel, it’s a huge help. Also, give his videos a like and a comment.

Our full range of virtual kits

Virtual kits produced by Lorenzo of Fmcustomkits. The Home and away designs are by our real-world kit suppliers, Macron.

If you want some real football, tickets are available for our Buildbase FA Trophy fixture against Bracknell Town.