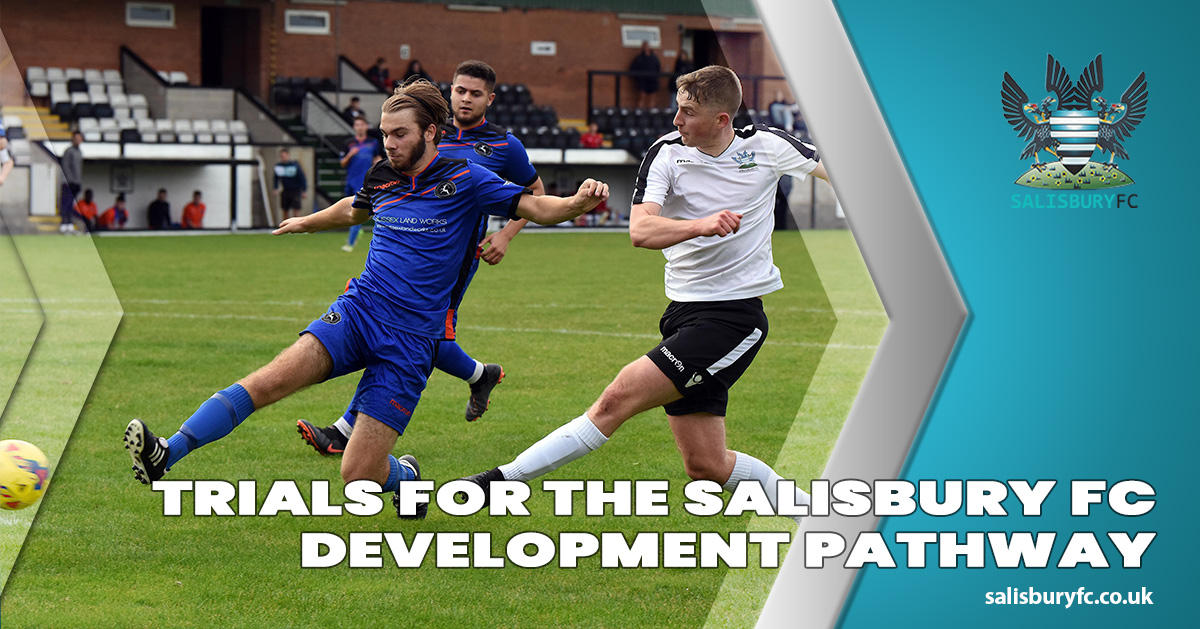 The Salisbury FC Development team in season 20/21 have been playing in the open age premier division of the Hants Combination & Development league on Saturdays. The season has seen the side which had an average age of just 18.5 years on target to finish in the top 4 and have won high praise for the style and quality of football they have delivered all season.

For the new season we are looking to also enter an under 18’s side in the U18 HCDL Sunday league as a steppingstone to our development side. The Dev side is the reserves side for Salisbury FC first team that play in the Pitching In Southern Premier League South.

We are looking for players for both the under 18’s and for the development squad. The latter, although in an open age league, operates as an U23’s with our eldest player being just 21 years of age.

If you believe you have the ability as well as the attitude to develop and improve your game, then we would like to hear from you. Trials will start on the 19th of June in Tidworth.

Please send your football CV to Mark Winter on the contact details below. We need to know where you have played and at what level. Age, address and what your strengths are as a player.