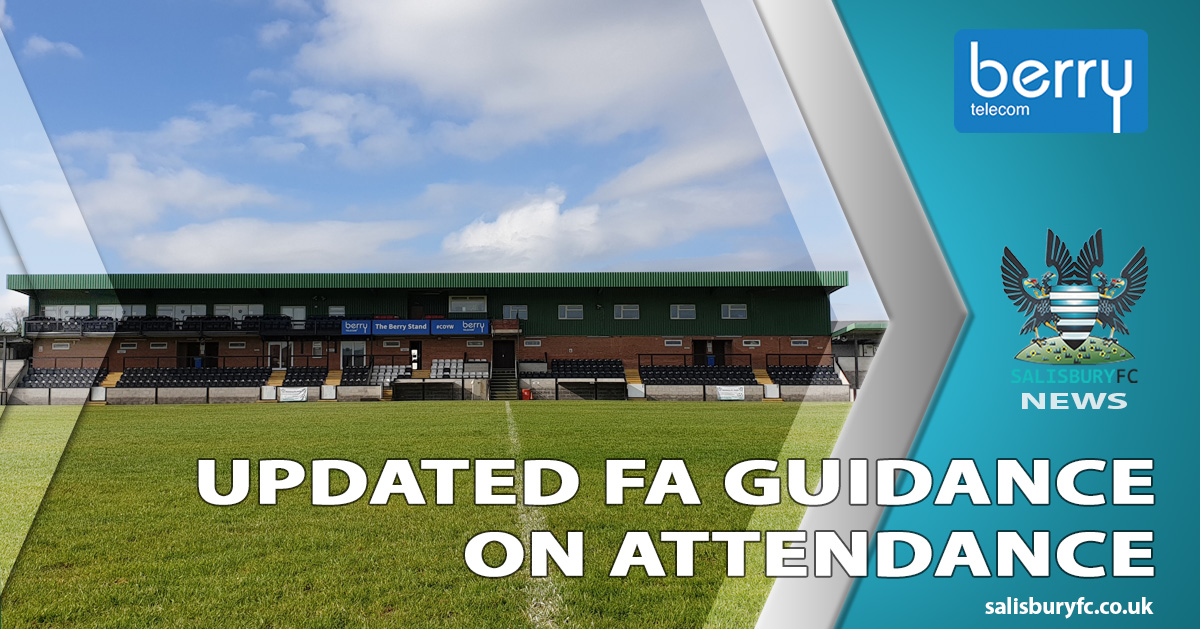 Supporters may be aware that there has been some movement today regarding the re-starting of football with spectators present.

We fully intend to advise, as soon as possible, when fans will be able to come to the Ray Mac, but necessary procedures and infrastructure changes have yet to be finalised.

We want things to get back to as near normal as possible, as soon as possible, so please keep an eye on the website for news and updates.

We are hopeful that at least the friendly matches against Bath City and Eastleigh (1st & 12th September) will go ahead with fans present.

Here is the update from the FA regarding fans attending matches.

The Football Association [The FA] has today issued updated guidelines for the National League System [NLS] and Women’s Football Pyramid [WFP] that include a phased and limited return of spectators for clubs at Steps 3-6 and Tiers 3-4 respectively.

The FA worked continuously alongside the Department for Digital, Culture, Media & Sport [DCMS], the Sports Grounds Safety Authority [SGSA] and leagues to submit detailed proposals for a phased and limited return of spectators at these levels to the UK Government.

The DCMS has now clarified its guidance on the return to recreational team sport and clubs at Steps 3-6 of the NLS and Tiers 3-4 of the WFP are permitted to accommodate a phased and limited return of spectators to fixtures. However, they must follow the UK Government’s guidance in relation to Covid-19 and The FA’s updated guidelines for the NLS or WFP respectively.

In addition, Regional NLS Feeder League clubs and clubs at Tiers 5-6 of the WFP are permitted to accommodate socially-distanced spectators in line with The FA’s guidelines for grassroots football.

All clubs at Steps 3-6 of the NLS and Tiers 3-4 of the WFP are required to have a designated Covid-19 Officer; complete and publish bespoke risk assessments and action plans; and arrange support for Track and Trace efforts before implementing the following:

The phased and limited return of spectators at these levels will be kept under constant review in line with the UK Government’s guidelines and will be amended accordingly as required.

Please see The FA’s updated guidelines for the NLS, WFP and grassroots for further information.