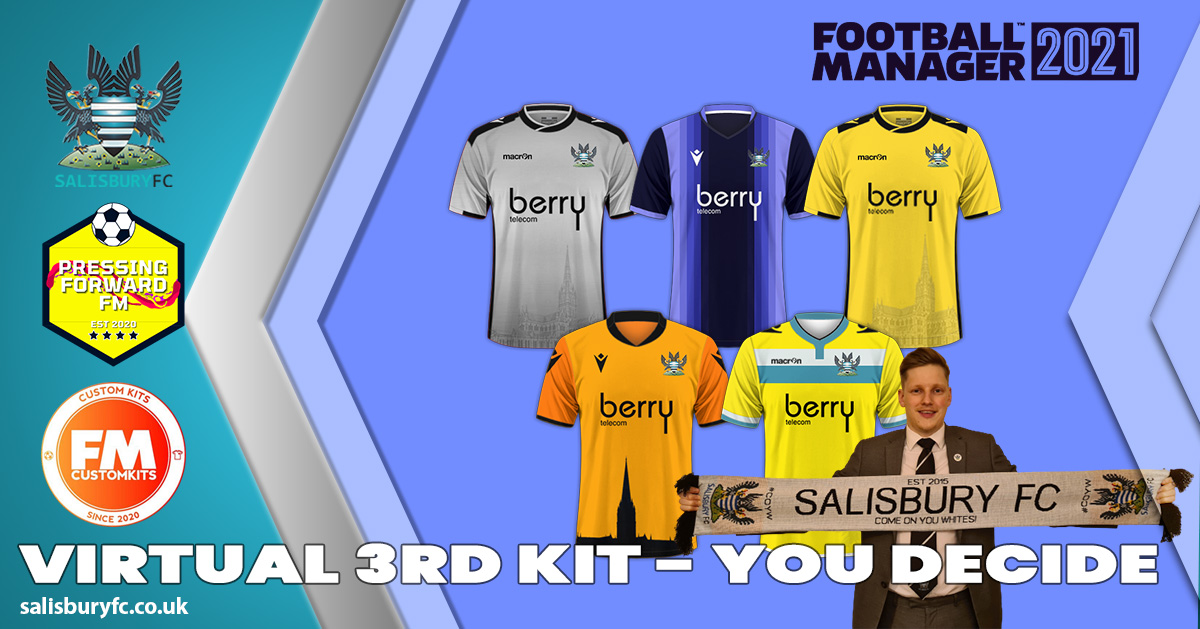 As we have previously announced, we now have Virtual Gaffer. YouTube content creator, David Wressell has chosen to take on the challenge of taking Salisbury FC through the leagues and hopefully to the very top of digital world football on the latest version of Football Manager.

Our real-world Macron home and away kits have been brilliantly recreated by Lorenzo of Fmcustomkits. Football Manager demands that teams have a 3rd kit though. So, the challenge was put to you all to bring your ideas for what that kit could look like. All the feedback that came to us was diverted to Lorenzo who amalgamated all of the information to the following designs.

As with this entire process, you get to decide the outcome. Which 3rd kit will adorn our team and appear in the game when David takes on the Pitching In Southern League Premier South before attempting to conquer the world on YouTube.

Have a look at the kits below and then place your vote.

This poll is no longer accepting votes