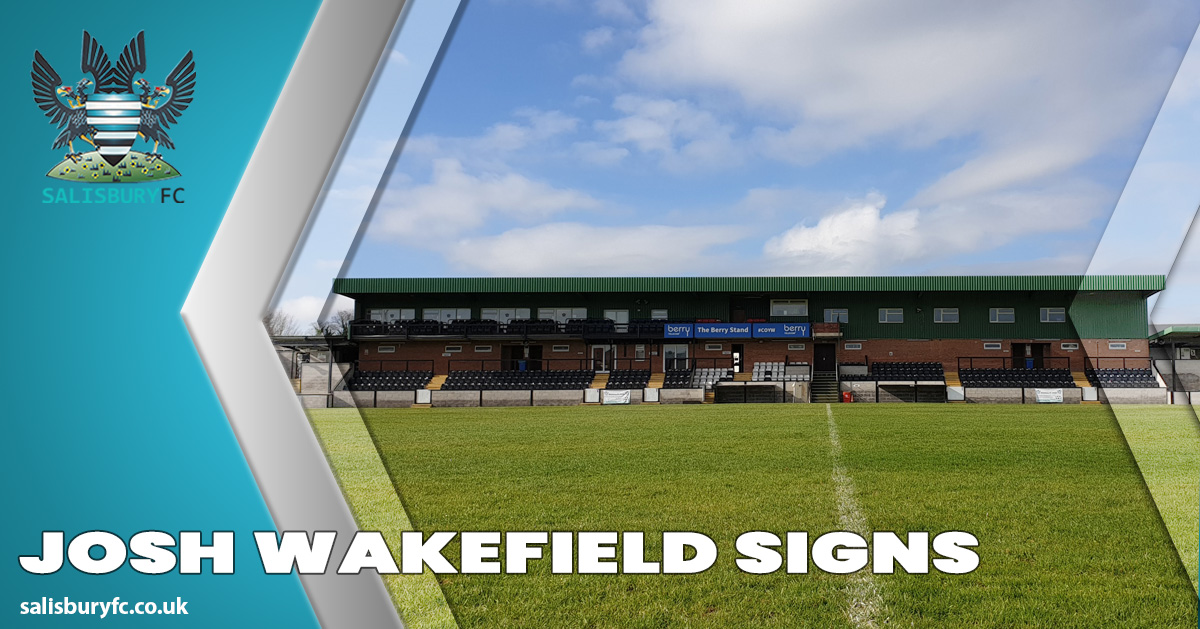 Josh has had loan spells at Wimborne Town, Hamworthy United, Dorchester Town, Welling United, Torquay United and Yeovil Town to gain experience. He signed for Aldershot Town in 2016 and later joined Poole Town. In the summer of 2017, he joined Weymouth F.C.

He is a talented attacking midfield player with an eye for goal and a telling pass.

I had quick chat with Josh today.

Welcome to Salisbury FC, Josh. A fresh challenge for you, how do you feel about it?

“Really looking forward to the challenge, I’m excited to get going for the club and hopefully have a successful season.”

Was it your last visit to the Ray Mac when you found the back of the net in 2019? Unfortunately for us, it was for Weymouth which helped them to a 3-4 victory but it was a great finish from outside the area. Do you remember that match?

“Yeah, I think that was the last game I played against Salisbury, it was arguably my favourite game of the last few years! It was filled with everything. Harry Baker’s goal in the last minute was something I will never forget!”

I’m sure the Salisbury fans will forgive and forget that when you pull on that white shirt. Welcome to the club enjoy the next few weeks and we look forward to seeing you at the Ray Mac in preseason.

“Thanks for the welcome and I’m looking forward to getting started and seeing everyone soon 👍.”

I’ll take this opportunity to wish Warren Bentley well with his move to Hungerford Town for next season. A real character who will be missed around the club. Good Luck, Warren.