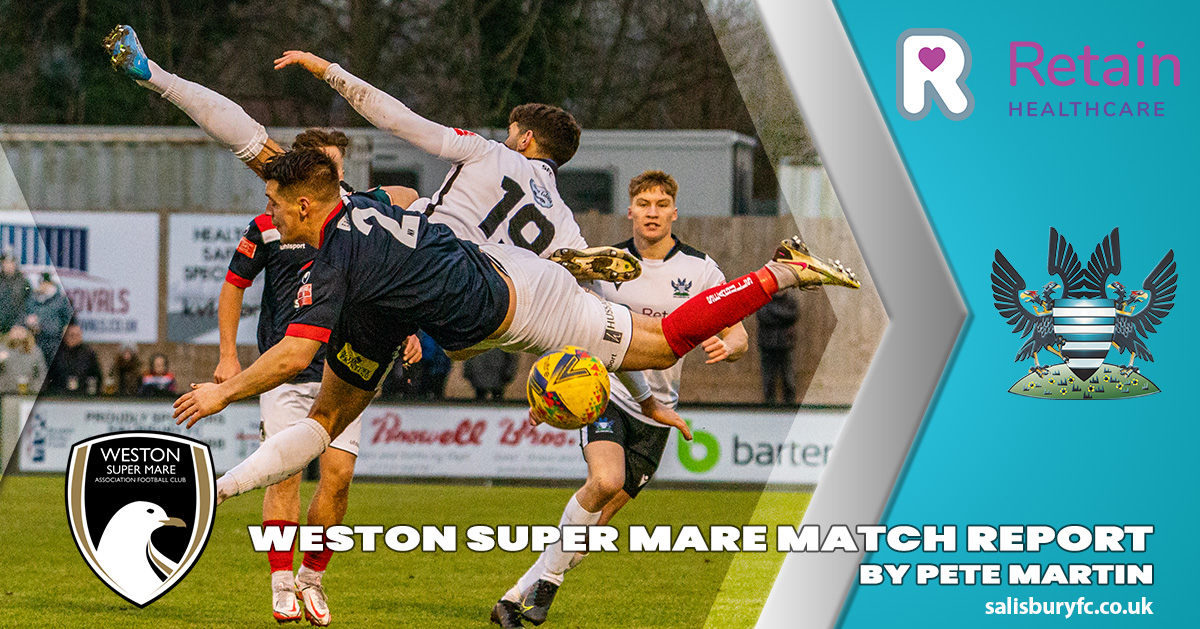 Salisbury earned a point from their home encounter with Weston super Mare but it was certainly not a game that will live long in anyone’s memory. The Whites made 3 changes to their starting lineup including a debut for new signing Abdullai Baggie.

It would be a hard sell to call the 1st half a particularly entertaining affair and there was very little in the way of chances for either side. Neither goalkeeper had any saves to make and the game was very much a midfield battle.

The 2nd half continued in much the same vein with perhaps the visitors looking the most likely to breakthrough. It took until the 65th minute for any sort of real attempt and saw Weston’s Alfie Moulden cut in from the right and shoot goalwards causing home keeper Patrick O’Flaherty to push the ball around the post, although the ball may well have been travelling wide anyway. 5 minutes later Salisbury had their first chance of note when a good ball in from the right by Charlie Davis was flicked on by Sam Ashton only for Marvin Brooks to head over. On 82 minutes Lloyd Humphries put the ball well over the Salisbury bar from range and with 1 minute remaining the away side could have nicked it but O’Flaherty was equal to Samuel Avery’s shot.

This was not a classic game but Salisbury may well feel satisfied with a point given their visitors started the day in 6th position. The Whites are next in league action away to Hartley Wintney on Saturday 29th January in a 3 pm kick-off.